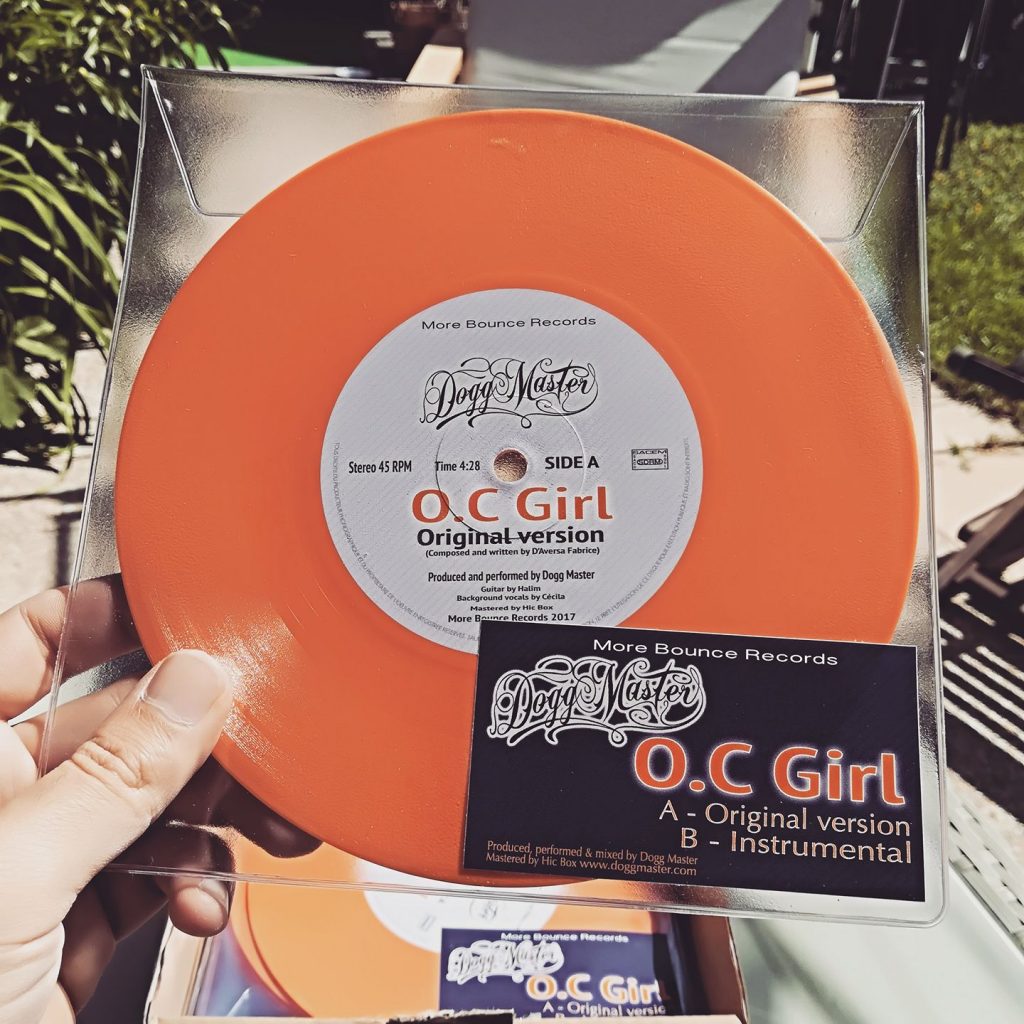 Almost half of a year after his latest project with MODOGSTA that dropped on 10.10.2016, Dogg Master keeps making his way masterfully through the modern funk scene with his first 7″ vinyl record called O.C. Girl.  It’s the 1st single of his next solo album which is gonna be a boogie / funk project like his very successful albums “Injection” and “Star Child“.  The album will be released on vinyl and digital. Also, the next single off this album will come soon in the summer time, while the album is scheduled to drop around September 2017, so stay tuned for further news!

When waiting for the next single and the album itself, we strongly suggest you to cop this beautiful orange 7” record (it’s limited to 300 copies only & they won’t last long!!) @ DOGGMASTER BANDCAMP or his DISCOGS SHOP